After reading a lot of articles on medium by Basecs, Freecodecamp,Preeti Kasireddy,and many more, I thought about trying out my hand on explaining difficult Computer Science concepts and break them down to first principles. Keeping this in mind, I will try to explain the algorithm of Quicksort in my own words.

Quicksort is a popular sorting algorithm. It has several properties that make it more desirable to use than its counterparts like Insertionsort, MergeSort or HeapSort. Its main porperties is that it is an in-place algorithm, i.e. no new data structures are created for performing the sorting. Also, it is not a stable sorting algorithm. This implies that the sorting doesn’t preserve the relative ordering of equal elements.For eg,let us consider an unsorted array:

The different 2’s are identified separately as 2_1 and 2_2, depending on their order of occurence. After sorting, an unstable sort will give an array in which 2_2 can come ahead of 2_1. Quicksort is am example of an unstable sort.

The pivot element plays an important in the quicksort, that we will see now. We use a popular programming methodology, Divide and Conquer. In this paradigm, we decrease a problem into 2 smaller problems and divide these subproblems further into smaller sub-problems till the problem becomes very easy to solve. All these easier sub-problems are then combined together into the final problem. 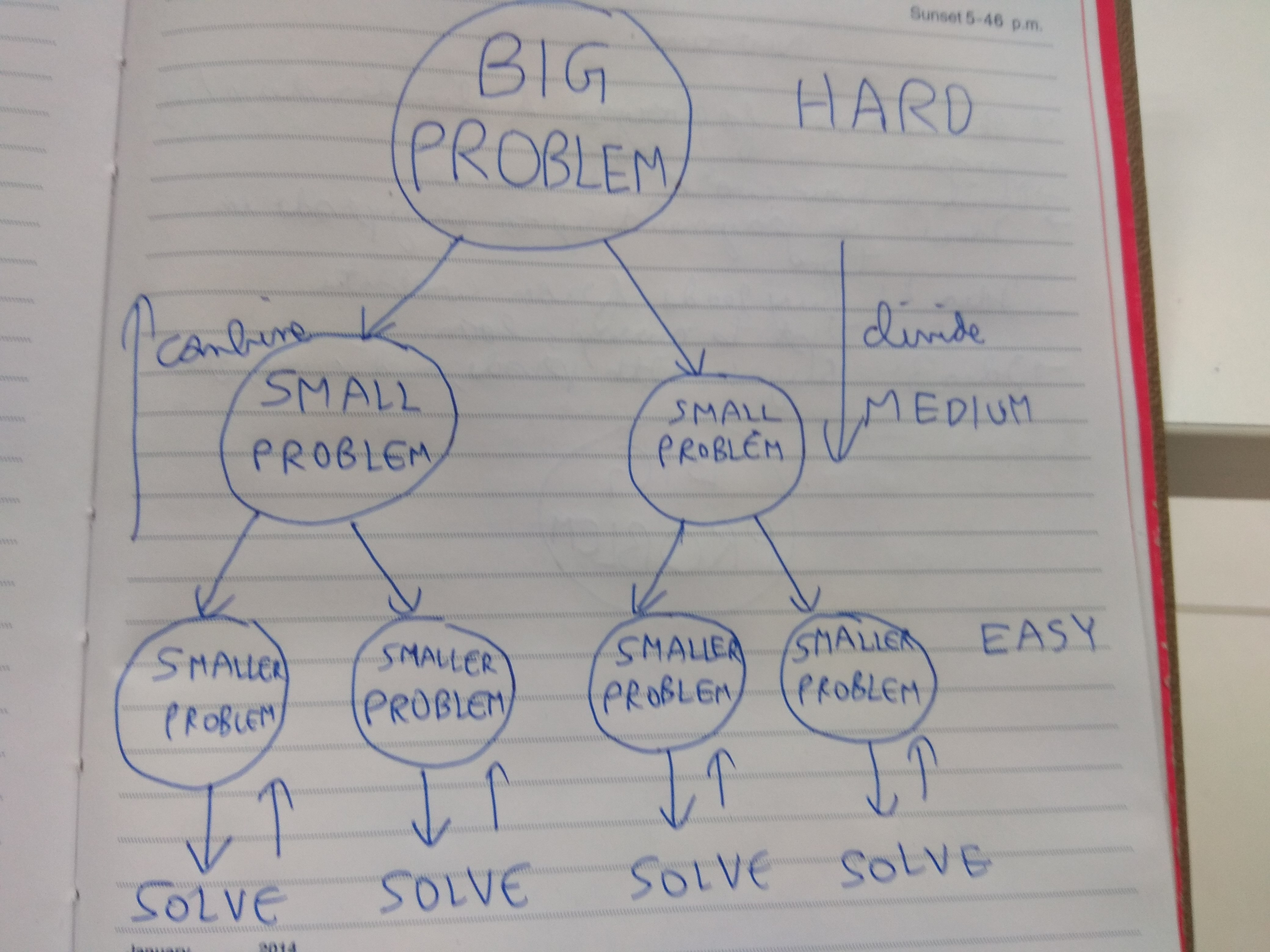 Before delving into Quicksort, we have to understand another important method, Partition. It is an important precursor before the sorting process. In this step, we rearrange the array depending on the pivot. All the elements less than equal the pivot are put in the lower half of the array, and the remaining in the upper half of the array.

We will try to understand the working of this partition function through pseudo-code:

This is the working of the partition function: 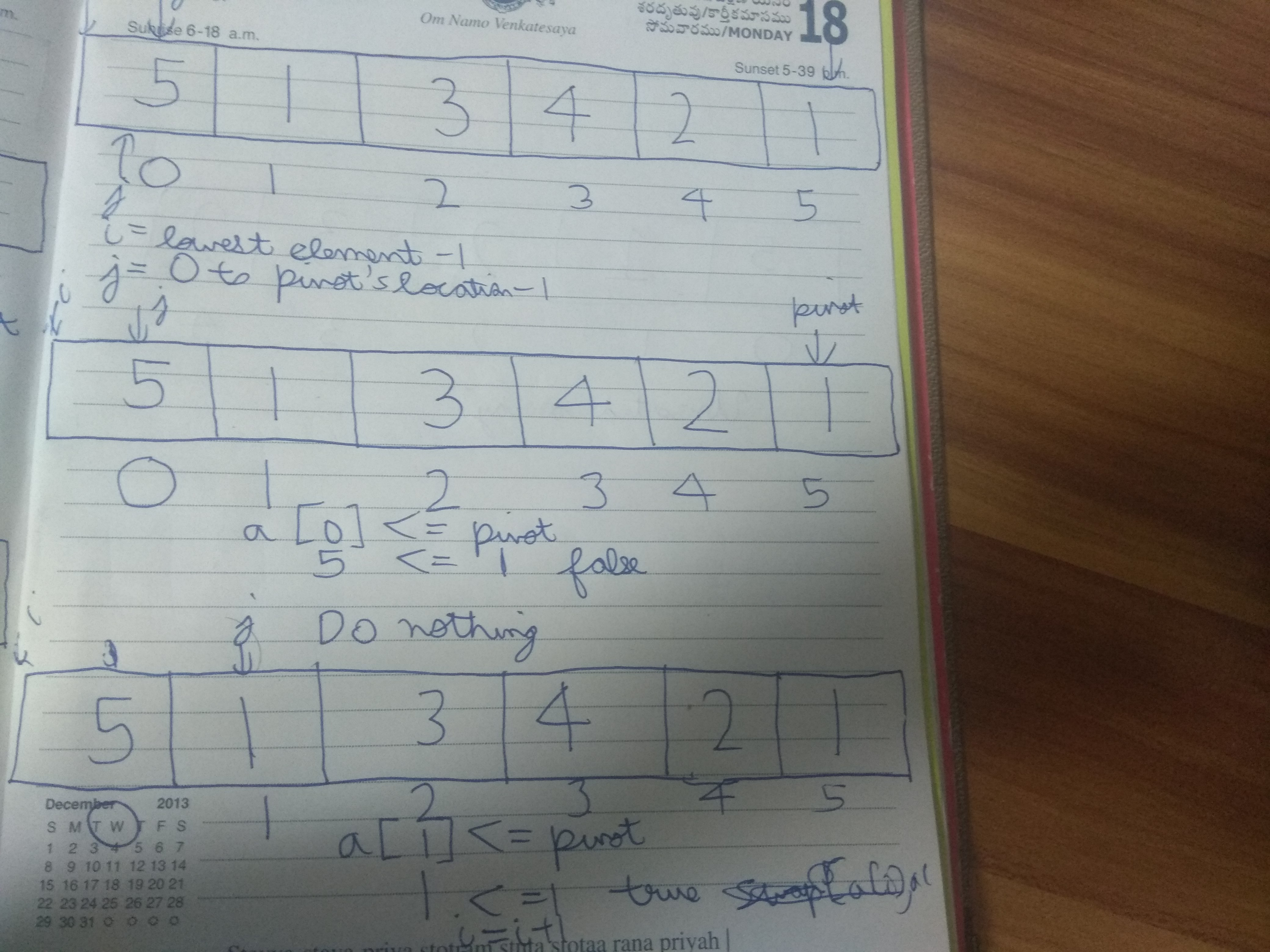 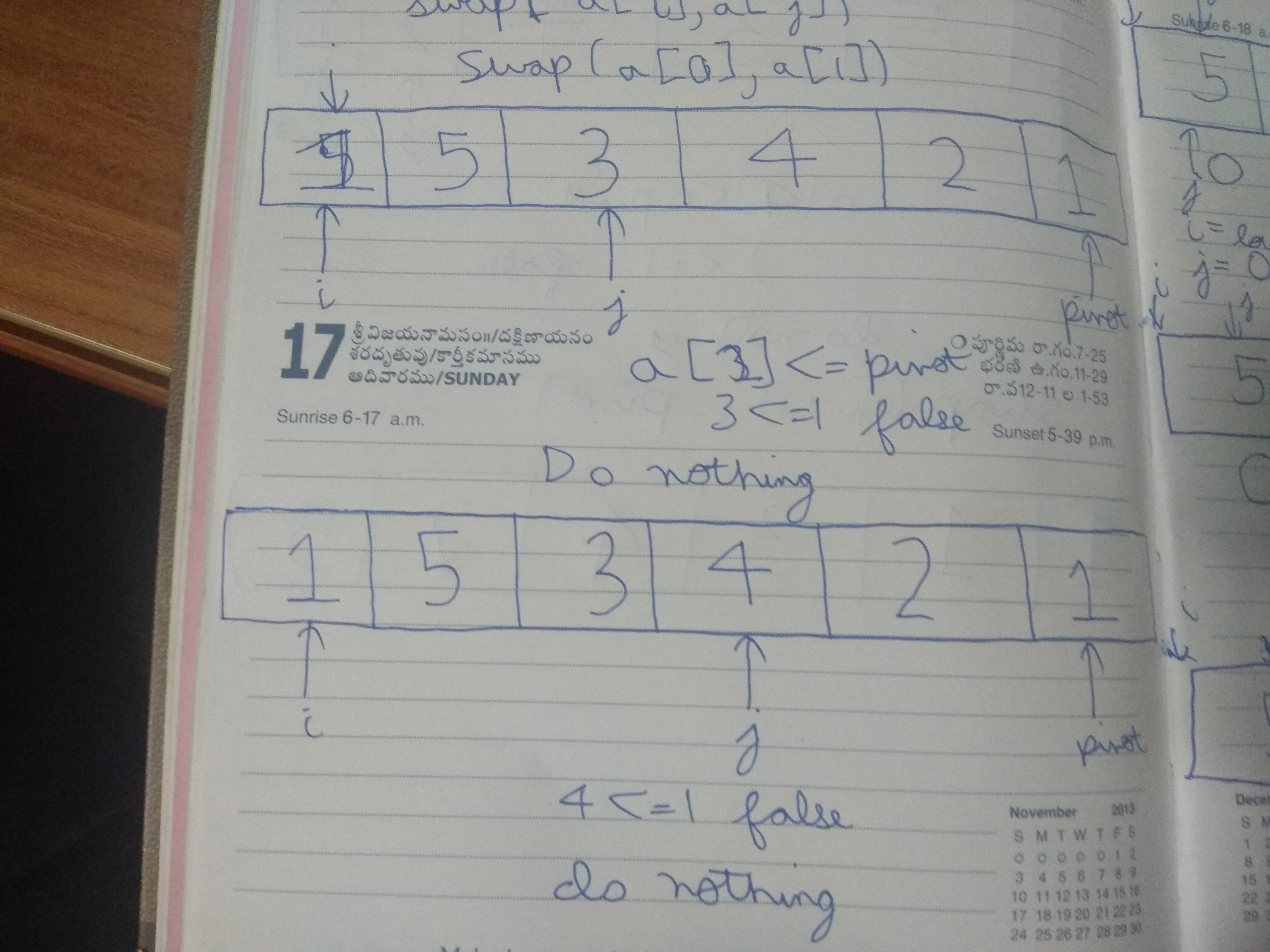 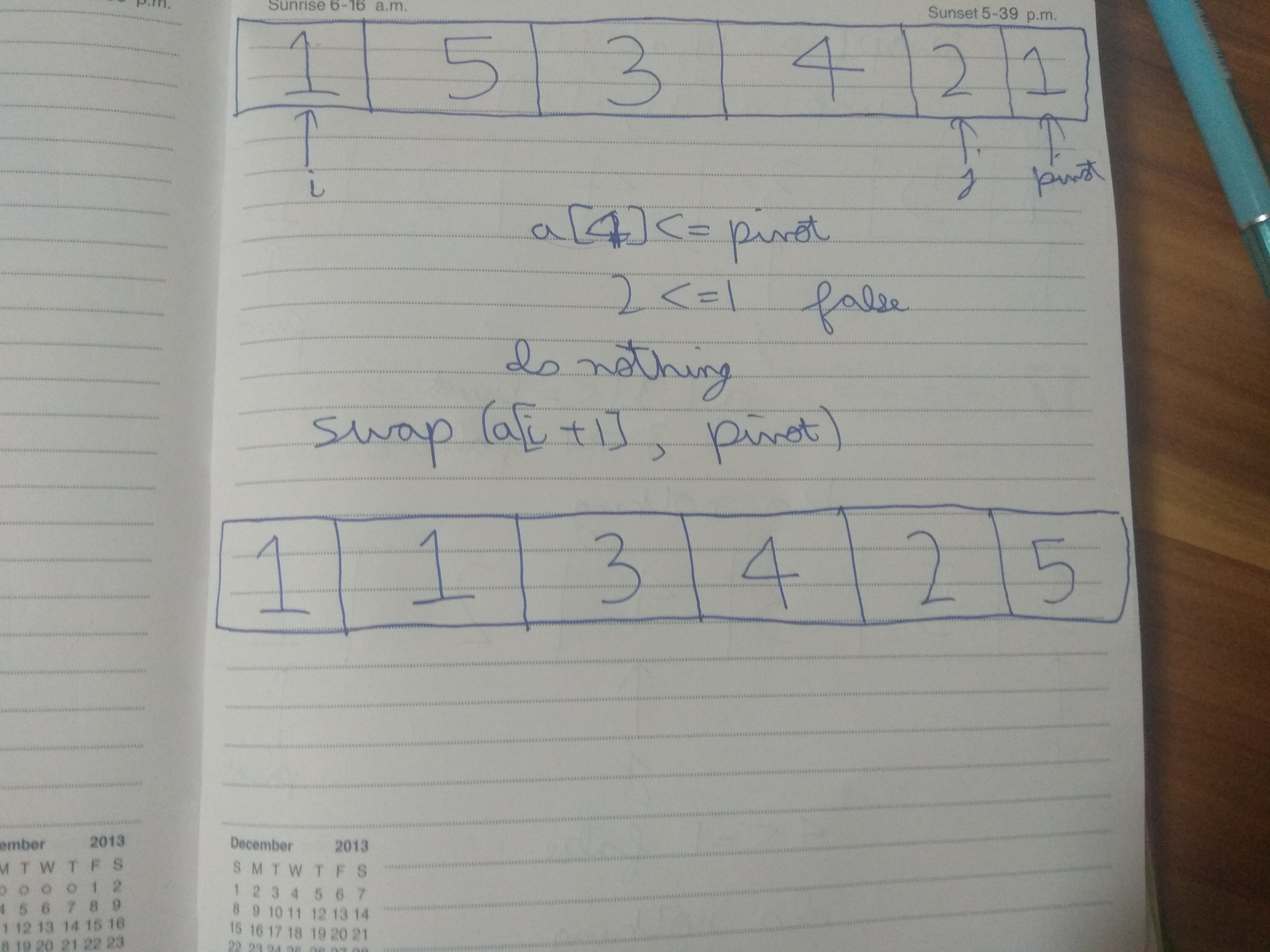 The pseudocode will be:

Feel free to add suggestions in the comments below.